On Hiring a Project Manager: What No One Says About Certification 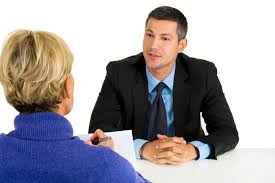 I’ve lost track of the number of senior managers who have said to me, “Hey I hired a Project Management Professional (PMP) and he’s not working out. I thought PMP meant that you guys knew how to manage a project and use Microsoft Project.” (Somebody actually said the latter to me once). Actually it means nothing of the sort. For one thing, there is zero software testing on the exam.

For the record, I have been a PMP since 2001 and have taught over 1,000 students to be PMP’s. Here’s what the certification means. Are you ready? Are you sitting down?

It means that someone has passed a very challenging exam covering project management fundamentals (and stuff like standard deviation, accounting terms) across a very broad swath of domains (cost, time, scope, etc.) It also means that they have 4500 hours and 36 months of project management under their belt. Were those projects well-run, and on-budget? Don’t know. Those are prerequisites to take the exam. Doesn’t say anything about how well-run they were.

Your PMP could be the “greatest thing since sliced bread” or maybe a mediocre PM who is a great test-taker. (I had one student, an IT person, who I call a “professional test-taker.” Given enough study time, she could probably pass an exam to run a nuclear plant. On paper.) If you hire him/her on PMP certification alone, you may not know until it’s too late.

Don’t get me wrong: After sixteen years of working with it, I believe that the Project Management Body Of Knowledge (PMBOK) has extremely valuable information and I really like their strong emphasis (24 out of 47 processes) on planning. So if I am going to hire a PM then all other things being equal I’d like to hire a PMP (even better if the candidate also has a Masters in Project Management, a much more thorough education which I also taught).

But if you hire a PM strictly on the basis that he/she has their certification and they are not up to snuff, well, tough luck. You need to interview them just like you would any other candidate – on past behavior. And not only past behavior but also their ability to think on their feet.

Case in point – I once interviewed for a contract PM job for a financial firm. The interviewers were three guys who would have been my peers. Instead of the usual “what are you passionate about” blah-blah questions, they set up a role play.

The scenario was this: They were my potential customer and their CEO wanted me to come in and set up a get-together in Boston for their entire 500 person company. That’s it. That’s all I got. And I had five minutes (they left the room) to come up with questions to ask them.

When they came back in, the three of them (one on Skype), played good cop/bad cop. So when I tried to get their requirements, one guy wanted a “blowout golf party for his sales guys,” one wanted to make sure everyone on the teams was recognized, one wanted to keep to the budget. So they wanted to see A) how I would handle difficult people and B) how I would deal with this situation of conflicting requirements. (Because, you see, this is what they deal with every single day of the week.)

After a few minutes of back-and-forth – and knowing my time was tight – I made sure they knew I acknowledged each of their concerns. And when I steered the conversation away from requirements to success criteria and invoked the sponsor (they were waiting for that), then I “won.” And so we put that discussion in a parking lot and moved on. (You cannot let one thing derail a meeting. But hmm, that’s another post).

In fairness to the Project Management Institute  (PMI), they do say this: “When more than one-third of their project managers are PMP-certified, organizations complete more of their projects on time, on budget and meeting original goals. (Pulse of the Profession® study, PMI, 2015.)” But that, to me, smacks more of correlation than causation.

Bottom line – Pick your PM’s wisely. Ask them the right questions, just as you would any other candidate. PMP is very nice to have as your PM’s will be speaking the same language and will lean towards best practices. But it is not the end-all and the be-all.  They need to walk the walk.

Oh, and should the certification exam be more competency-based? Probably. But it is what it is. Deal with it.